Matalan, a leading UK and international omni-channel clothing and homeware retailer has commissioned Transdek to help enhance the speed and safety of loading double deck trailers at its Knowsley distribution centre, with the installation of two specialist lifts.

According to Matalan, the lifts have cut loading times of its double deck trailers by 50%, as well as improving safety for both drivers and loaders at the site, which supplies product to the retailer’s 230 UK stores.

John Smith, Central Operations at Matalan, said “The team at Transdek has been simply excellent. They have provided consistently professional support from start to finish of the project, and have obviously really valued the relationship with Matalan.

“As a result of fitting the Transdek lifts, we’ve been able to half the loading time of our double deck trailers, as well as increasing safety for our loaders and drivers. Another major benefit for us is that the machines will comfortably service our changing fleet profile, as we switch to Transdek’s Wedge and other forms of double deck trailers to further increase our logistics efficiencies in the future.”

Both units are fitted with Transdek’s patented bi-fold bridge plate, which enables operators to safely access and open shutter and sash-type rear doors once vehicles have docked. The bridge plate and front safety gates on the lift platform operate in a two-stage action. The first half of the bridge plate and gates open to bring loaders within safe reach of the vehicle doors. Once the doors are open, the second half of the draw bridge deploys on to the vehicle deck, while the gates fully open and lock in to position to prevent falls from the sides of the bridge plate.

A new, ‘taillift-pocket’ design was also incorporated in to the pods, which allows trailers to reverse on to the loading bay with their taillifts deployed. Matalan specified this feature for the machines as an alternative to integrating taillift transformers in to the pods.

Leon Butler, Managing Director at Transdek, added, “We are constantly looking for ways to improve our products. The bi-fold bridge plate and taillift pocket on the Matalan machines are both examples of our commitment to optimising efficiency and safety for our customers.

“The taillift pocket effectively reduces taillift usage by up to 50%, with knock-on maintenance savings over the life of the lift. It reduces the time drivers have to spend in the yard, along with exposure to associated safety hazards. And it also allows single deck trailers with cantilever tail lifts to be utilised on the loading bays, which makes the bays fully flexible for use with any trailer type. This is something that cannot be achieved with conventional scissor-type lifts.”

Three new dock levelers, with three-metre platforms, were also supplied as part of the project, to support the retailer’s growing e-commerce business. The dock levellers are designed to service both home delivery vans and single deck artics from 900mm-high docks. 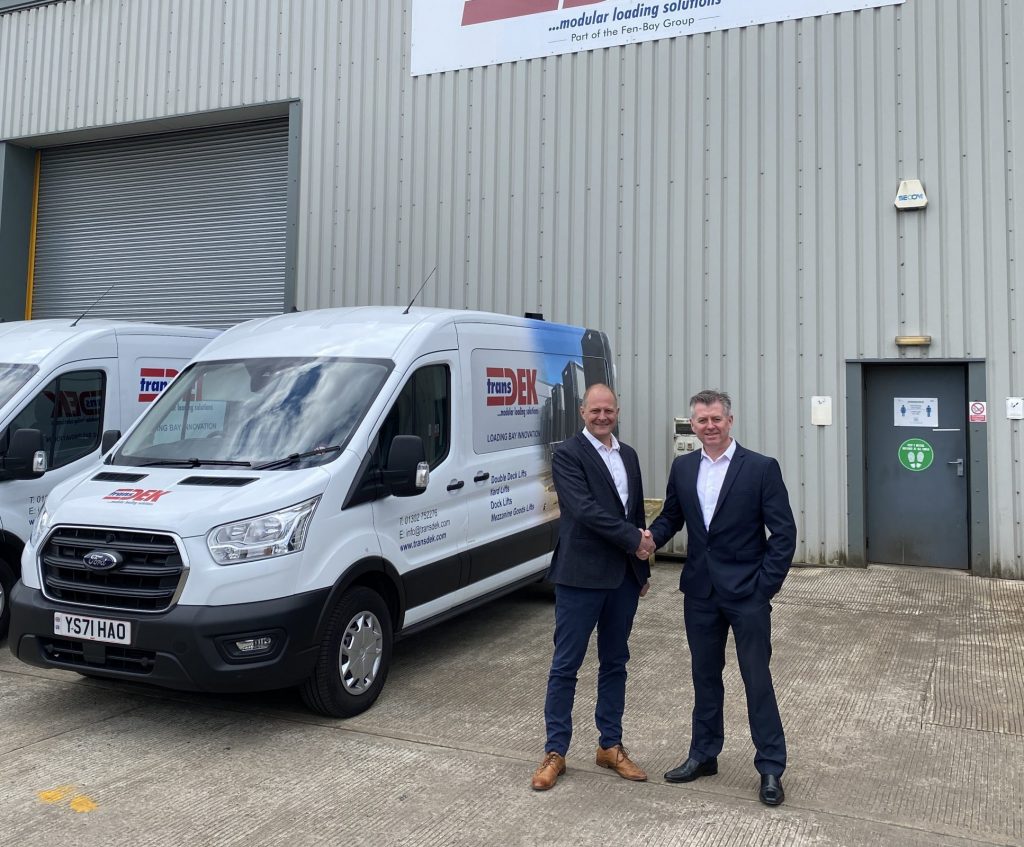